How to Find Vegan Restaurants in Porto

I always use HappyCow to navigate a new city and did the same for Porto. I will (almost) always choose an all-vegan restaurant if possible. And looking at the app at Porto for the first time I was so excited to see all the vegan restaurants. After spending one month in Porto I’ve tried quite a few of those restaurants, but definitely not all. Some were just too out of my way, some were not open even though they should have been and some were part of the same chain (and I thought trying 2 locations is enough).

One thing I noticed is that a lot of restaurants and cafes, especially the non-vegan ones, only sell drinks in cans or plastic bottles and since I’m trying to reduce my waste, I did not like that.

Vegan Restaurants I Visited in Porto

I was in Porto in July 2022, and we tried the following restaurants. Since Porto has such an amazing vegan scene, it’s worth rechecking HappyCow if new places have opened up since I was there.

Kind Kitchen was my favourite vegan restaurant in Porto, and. not just because it was the closest proper vegan restaurant to our apartment. We went there four times, and almost always had something different because everything on the menu sounded delicious. And everything was really tasty. They have a selection of Portuguese dishes, like Francesinha, and international dishes, like Thai rice bowls.

The inside is nice and cosy (=small) so if you go there for dinner you might have to wait a bit until you get a table, but it will be worth it. And do not miss out on the desserts, I think the brownie was the best I ever had and my boyfriend said the same thing about the cheesecake.

The only negative thing that can be said about Apuro Vegan Bar is that it is outside the city centre. So better double-check the opening times, if you walk there since there’s nothing else you can do in that area. You can sit in the inner yard which has a great holiday atmosphere or take a seat inside.

We went there twice and the second time I ordered the same thing as the first time since it was just that delicious. I can really recommend the lazy burrito although the second time around it was almost too spicy (that might not mean much though since I’m really bad with spicy food).

I think Jardineiro’s the fanciest restaurant I’ve ever been to. You don’t have to get dressed up, but you might want to book a table if you go there for dinner. The first evening we wanted to go there, they said that they didn’t have a free table, so we made an online reservation for another night. Now back to it being fancy. The service was top-notch, the staff was so attentive. They would pour water in your glass and then store the bottle on a side table and as soon a s you finished your drink, they’d pour some more.

The starter and main were very delicious, although I was a bit underwhelmed by my main – the soba noodles. We had the cheesecake and brownie as desserts, and both were better at Kind Kitchen, for less than half the price. Speaking of price, Jardineiro is expensive. We went there for my birthday, so we still got a starter, main and dessert each with only one lemonade and one bottle of still water and paid almost €90.

Vegana by Tentúgal was just across the street from our apartment. They have a few fast food options like toasties and a small shop with a lot of fancy vegan products which you might not find anywhere else like vegan tuna in a can or vegan salmon paste in a tube. So, super convenient for a small snack or some vegan groceries. The shopkeeper is just the cutest in this small shop/restaurant. Don’t miss out on it if you live close by. If it’s very much out of your way, I don’t think it’s worth going just there.

Odete is a nice little bakery where you can tell that everything is homemade. We especially enjoyed getting fresh bread or bread rolls from there. You can also get sandwiches and pizza there. The sandwich is great as a snack for the beach or to eat in, of course. The pizza is nice but doesn’t compare to a traditional Italian pizza.

Read my beach beaches near Porto article to find out at which beach near Porto I had that sandwich as a snack.

You can find DaTerra outlets all over Portugal it seems. It’s an all-you-can-eat buffet which is usually quite busy. We’ve been to two locations: the one in Mouzinho da Silveira, a very busy street down to the Douro river, and the one on the opposite riverside in the Mercado Beira Rio. The first one is a big restaurant and the second is a stall in a market (I think that one was the smallest buffet I’ve ever seen). So, the interior and the food options depend on which location you go to.

My Green Pastry is a small little bakery, which produces all cakes itself. The inside looks so cute and all the cakes look amazing. Taste wise they were good but not the best to be honest, especially for the price.

The front of O Porto dos Gatos looks like a normal café and is usually quite empty because everyone is out back because that’s where the cats are. It’s amazing how they are helping stray cats and are looking for new homes for them. There are a lot of cats and they crawl all over the place. And here’s the negative point: since there are a lot of cats it smells like a lot of cats. I don’t know where exactly the cats pee but it smells like it everywhere. Don’t get me wrong I think it’s very admirable that they want to help as many cats as possible and the cats seem to get along very well, it’s just something to be aware of.

DUH! is an all vegan donuts shop next to a vintage cloth shop. So perfect place to go for some second hand shopping and having a delicious donut afterwards. They have multiple flavours, some are with holes and others are without holes but jam-filling instead. We

Montana is a fast food place in the back of an art supply store, such a unique concept. The smoothie menu is colour labelled with each colour’s name just like paint, which is really cool. So fitting for a paint shop. The food was okay, I quite liked the quesadillas and the nuggets. But I think it’s worth going there just for the smoothies alone.

So far, all the vegan restaurants in Porto were actually in walkable distance from the city centre. This last restaurant I went to is in Matosinhos, the harbour town next to Porto. After a nice day at the beach, you can get some dinner there.

Ginger is actually the only vegan restaurant in Matosinhos we went to. The food was very good but the portion size was quite small. In general, it seems more like a wannabe fine-dining restaurant.

Find out if Matosinhos is the right beach for you in my beach beaches near Porto article.

The following two restaurants were closed although online it said they should be open: Flying Fox Vegan and Vegan Wine and Tapas. Zen Wonderland was temporarily closed while I was in Porto, it was great that they updated their opening times on Google and on their Instagram page though. I do appreciate it when you know beforehand when a restaurant is closed and you don’t have to find out once you’re in front of the closed door.

Being Vegan in Porto

I was absolutely astounded at the many vegan restaurants Porto has to offer, when I first looked a map of all the vegan restaurants. Even after spending one month in Porto I didn’t manage to try every single one out. Well okay, admittedly, we didn’t go out to eat every day, but still. And even months later we would think back at the amazing cheesecake and brownie we had at Kind Kitchen! 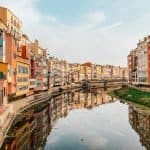 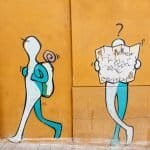 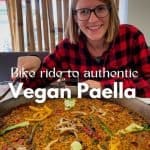 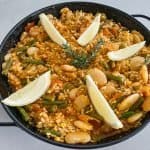